The market for language services is projected to top $43 billion in 2017, with translation accounting for the vast majority of all services. Global revenues grew by 7% in 2017, and by 13% since the end of 2015. Much of that growth is driven by language localization and by rapidly increasing demand for machine translations, which are cheaper and faster than traditional human translations. The ever-increasing need for entities to communicate freely has forced consumer appetite for total translations (as measured by word volume) to grow at a significantly higher rate than overall market revenues. For example, large-company translation consumers report that on average, they intend to increase their translation volume by 67% in the next three years. However, the constraints with existing technologies have prevented vendors from satisfying much of this exploding demand.

Current end users of language services include governments, NGO’s, large & small businesses in many industries, non-profit organizations, and academia. The market is concentrated in Europe (49%) and the U.S., Canada & Mexico (42%), which together account for 91% of all revenues. Asia accounts for 8-9%, while Latin America (not including Mexico) and Africa combine for only 0.25% market share. Asia, Latin America, and Africa account for 81% of the world’s population (representing 45% of global GDP), but consume only 9% of the world’s language services. While Europe’s multilingualism naturally drives up its share of the market, much of this striking imbalance is due to the lack of accessibility to translation services to the vast majority of the global population. 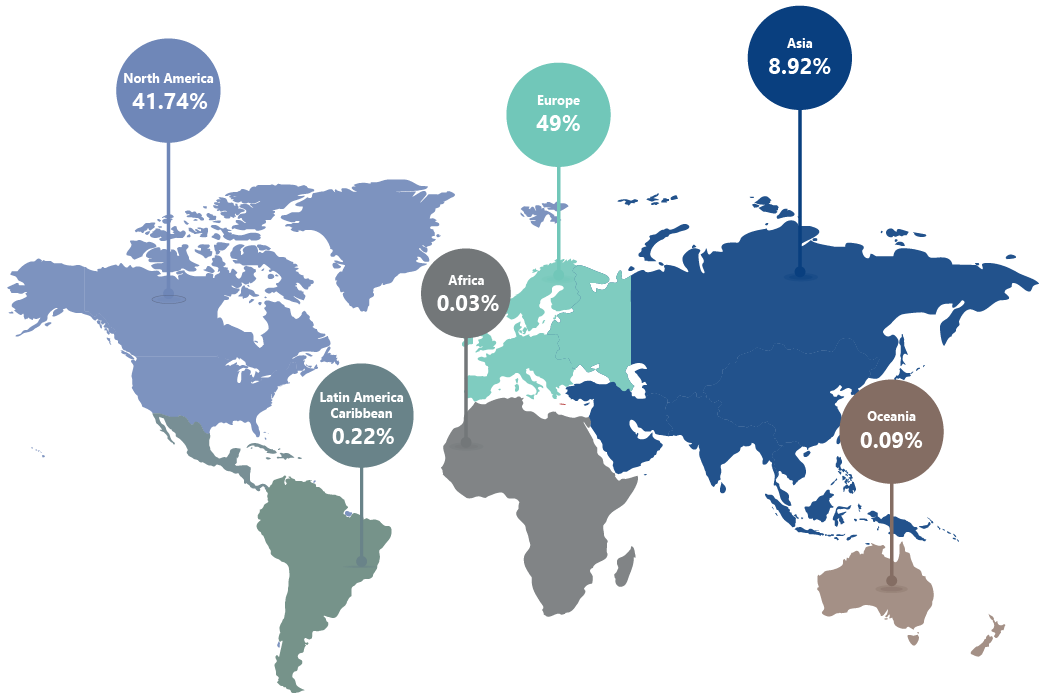